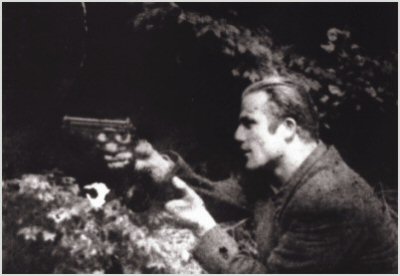 The inhabitants of the Beskidy Mountains tell a legend about Jan Sałapatek, the last soldier of „the armed underground” resistance forces who pressed the Security Service hard until the late fifties. They present different, very often contradictory, accounts of the wonderful exploits of the "new Janosik". The film reveals a mechanism how a folk legend is created. Its force lies not in the faithfulness to facts, but in the vividness of the account.

"Bronze Lajkonik" at the Short Film Festival in Cracow (Poland) 1997