PRZYSZŁOŚĆ ZŁUDZEŃ 23/97
THE FUTURE OF AN ILLUSION 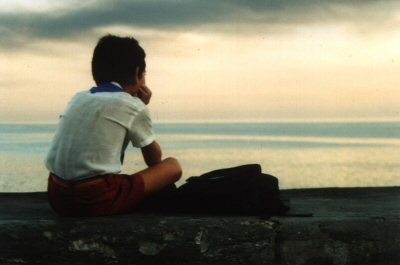 "The future of an illusion" is a poetic portrait of an old street of Havana called "The future street". On New Year's Day, seven characters wish for something to happen which might change their lives.

A documentary film at the border of a fiction narrative searching towards Latinamerican magic realism. It's not another political film about Cuba, but a film about the essence of humanity.

Second prize at the Mediaschool Festival in Łódź (Poland) 1997

Best screenplay at the Film Festival in Munich (Germany) 1998

„The Future of an Illusion” | Gazeta Wyborcza

Franco de Pena’s film appears to be about nothing, but is in fact about everything. This pastel film could be read as a metaphorical picture of gentle hell, in which one is forever waiting for something. It is a very humane world, filmed with compassion.

„The Future of an Illusion” | http://miasta.gazeta.pl/lublin/

This film is a poetic portrait of the inhabitants of Havana. At New Year the seven heroes yearn for something that can change their lives. Bordering on documentary and feature film “The Future of an Illusion” breaks into Latin magic-realism. This is not just another film about Cuba, this is a film about what lies behind humanity.