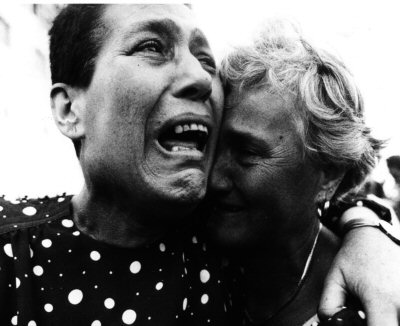 This film is the shocking confession of two young Poles fighting as volunteers on the territory of the former Yugoslavia. Infected by the syndrome of a war protagonist they chose killing as a way of life.

A prize at the Festival Mediaschool Łódź (Poland) 1993

„The Way of Life” | Gazeta Wyborcza

“The Way of Life” is a dramatic account of the interviews which director Mariusz Front carried out with young Poles leaving for Bosnia and Croatia. It won a prize for ‘its moral and artistic prowess revealing the irrational desire for killing at war’.

„The Way of Life” | Głos Poranny

Mariusz Front won the White Cobra Grand Prix with his film “The Way of Life”. The laureate showed in his work the Balkan conflict in the former Yugoslavia from the viewpoint of young Poles, who, of their own accord, went to fight in Bosnia and Croatia, blinded by one thing – the desire to test themselves at war.