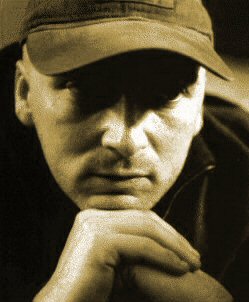 He was born on the 19th May 1965 in Wodzisław Śląski. In the years 1985-90 he studied at the faculty of painting and cartoons of the Academy of Fine Arts in Cracow. He obtained a degree at the atelier of prof. Jerzy Nowosielski. He terminated also the studies at the faculty of film direction of the PWSFTviT in Łódź where he worked up to 1996 as assistant.

From 1996 he is a permanent associate of the “Canal+”. As a director he realized several documentaries, among others “The Show” and “The Way of Life” for which he received the White Cobra at the Media Festival “Man in Danger” in Łódź, and two television performances (“The Enigmatic Variations”, “Child”).