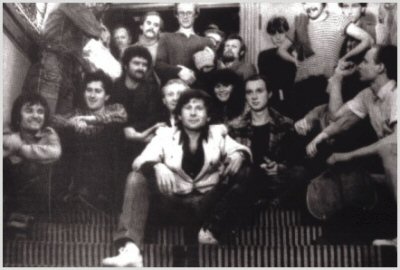 The starting point has been a photograph taken 15 years earlier on the stairs of the Polish National Film, TV and Theatre School in Łódź. It shows a group of students sitting together with their special guest - Roman Polański. Each of them dreamed of following the example of the most famous of the school's graduates. The film shows their lives during those fifteen years and how much of their dreams have come true, how much they have had to give up, and what there is still left for them.