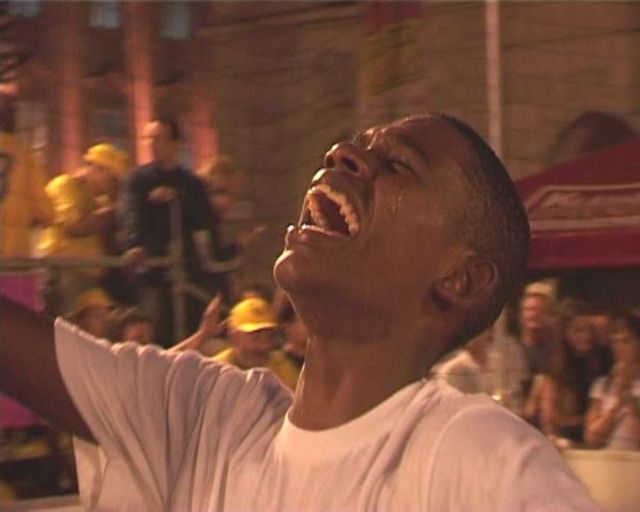 The Street Football World Championship for Homeless People took place in Austria in July 2003. Eighteen teams from all over the world took part. They represented: Russia, Italy, Slovakia, England, Romania, USA, Brazil, Argentina, South Africa and many other countries.

The pitch and stands were situated in Graz in front of the medieval town hall. The four-man teams played it out for the title of ‘World Champion among homeless people’. Football returned to its roots as the street game as it was over one hundred years ago. 160 players lived in tents in the main square in the town centre. They had the chance to get to know each other not only on the pitch but also while eating, having fun and making bonfires. The film follows the teams from Poland, Russia, USA and Brazil over several months of their preparations and their participation in the competition in Graz.

Mirosław Dembiński won the White Cobra Grand Prix with his film “Losers and Winners”, filmed with great élan, portraying the football World Cup for the Homeless. We get to know intimately the heroes of several international teams selected to participate in the event.

„Losers and Winners” | Viewer’s opinion from the Internet

Since yesterday I haven’t been able to stop my admiration from flowing. Absolutely unreal. It just happened!!! Documentary and what’s more, it’s warm, optimistic, powerful and full of hope. The film really impressed me (…) Respect for this magical and beautiful film.