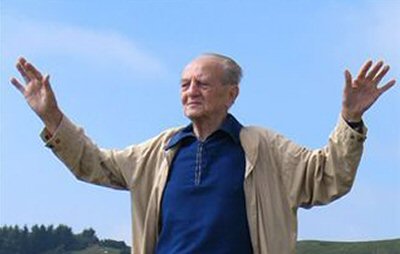 Janusz Orłowski is 79 years old man, he’s still full of energy and zeal. There wouldn’t be anything special about it, but he flies. He’s a paraglider. The paraglider’s environment is varied very much, but the young people predominate there. The frail, old man doesn’t fit to them, but they have accepted him. Flying is Janusz’s passion. When he’s in the air everything doesn’t matter, he’s just happy. Paragliding demands health, agility and staying in good shape. Grandpa consequently overcomes all the limitations related to his age. The younger friends usually help him, sometimes it happens that he trips or falls over, but it doesn’t discourage him. Just the opposite. Janusz says he will always fly, but with one difference. In the future he will fly “to the land without gravity”, without everyday problems, without any effort.

A portrayal of a man overwhelmed by passion, who was fighting against his weaknesses where others more physically capable would have given up.

This is not a film about gliding, but about a man’s life whose passion is gliding. Big respect for people like Grandpa.

In my eyes he is like a Sisyphus who managed to push his stone on top of the mountain. And he managed to do it with a smile.