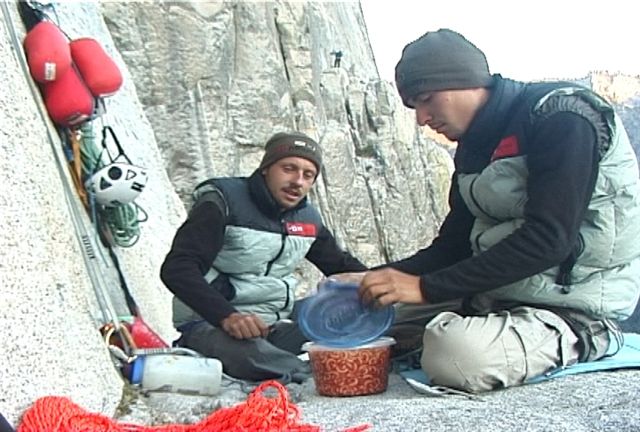 Film presents Pustelnik’s family whose all life is connected with the mountains. The father is one of the most outstanding Himalayan climber, the sons are rock climbers.

For father, the most important values of the mountain ethos are: partnership, nobleness and responsibility. Sons belongs to the generation of young people, who climb the mountains for fun, emotions and adrenaline.

They dress differently, behave differently, listen to different music and use different vocabulary. They are at the extremes of the mountaineering activity. However, after removing surface differences, the force that pushes them into the mountains is similar. The core of their motivation is the same.

„Pustelniks in the mountains” | Zakopane - the jury’s verdict

The film’s heroes, who are experts in alpinism, are not introduced in a heroic manner, but in a way that emphasizes their humanity stemming from their everyday problems and fears. Two parallel stories explore the relationship between father and sons, in which emotions play a special role between people – more important than an active feat.

The film is witty and the whole life of “Pustelniks in the Mountains” is shown from a great distance, that mountains are only a setting for everyday conversations, situations, etc. The form is atypical, which makes it original and fresh. Personally, I remember the part when the boys can’t believe that they bought rice which should be boiled for 40-45 minutes or when they are trying find out whether it was a bear that broke the glass in the car. A nice film – I recommend it.