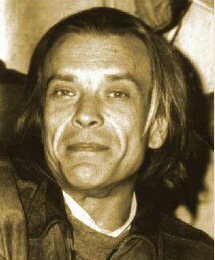 He published two stories and volume of essays, translated several literature and scientific books from English. He was co-author of the screenplay for the film “Shitheads” and also several plays of TV theatre. He has realized a series of TV programs “Televisions”. He was also a co-director of the documentary ”Wizard of the Radio” – showing a person of Piotr Kaczkowski.

1999 „Dysydent końca wieku” / “Dissident of the End of the Century” documentary, (screenplay)